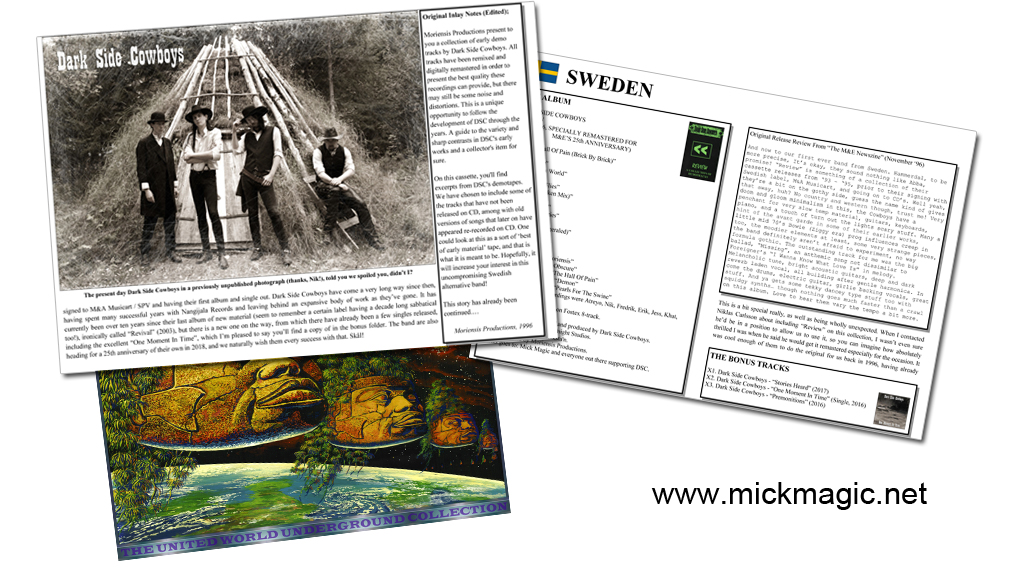 Dark Side Cowboys will be part of “The United World Underground Collection”, by Music & Elsewhere, to be released in a near future, as M&E celebrate 25 years.

We can already disclose that M&E will re-release the old demotape collection “Review” (this time digitally remastered – the original was released on cassette).

There will also be 3 bonus tracks on the release: “Stories Heard”, “Premonitions” and the single track “One Moment In Time”. Also, some other collector’s items will be found, like a previously unreleased promotional picture!