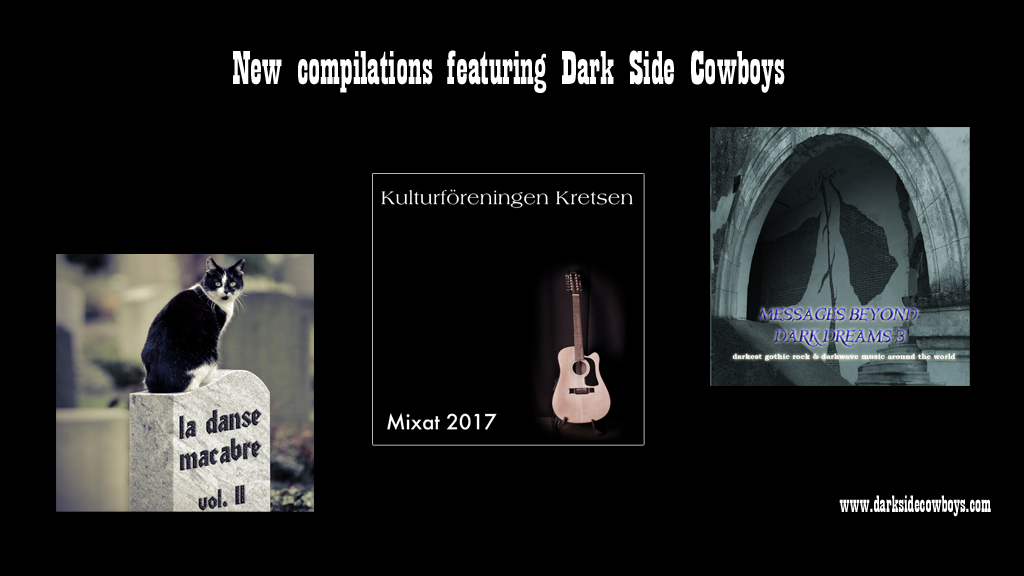 The past year has seen a number of compilations (online and on CD) featuring the Dark Side Cowboys. On russian label Darkpage a mix of the new song “I Would Never” is featured. At Sea Compilations released “La Danse Macabre vol II” featuring an exclusive mix of “One Moment In Time” and KF Kretsen released the single version of the same track on “Mixat 2017”. More to come as DSC will join the “United World Underground” collection by M&E this autumn.