The website has been suffering from downtime and technical problems for some time. We have now managed to restore the homepage but unfortunately there are still missing links and images. Also, news items in the period of 2018-2020 are damaged, so please have patience as we are working on restoring the page. 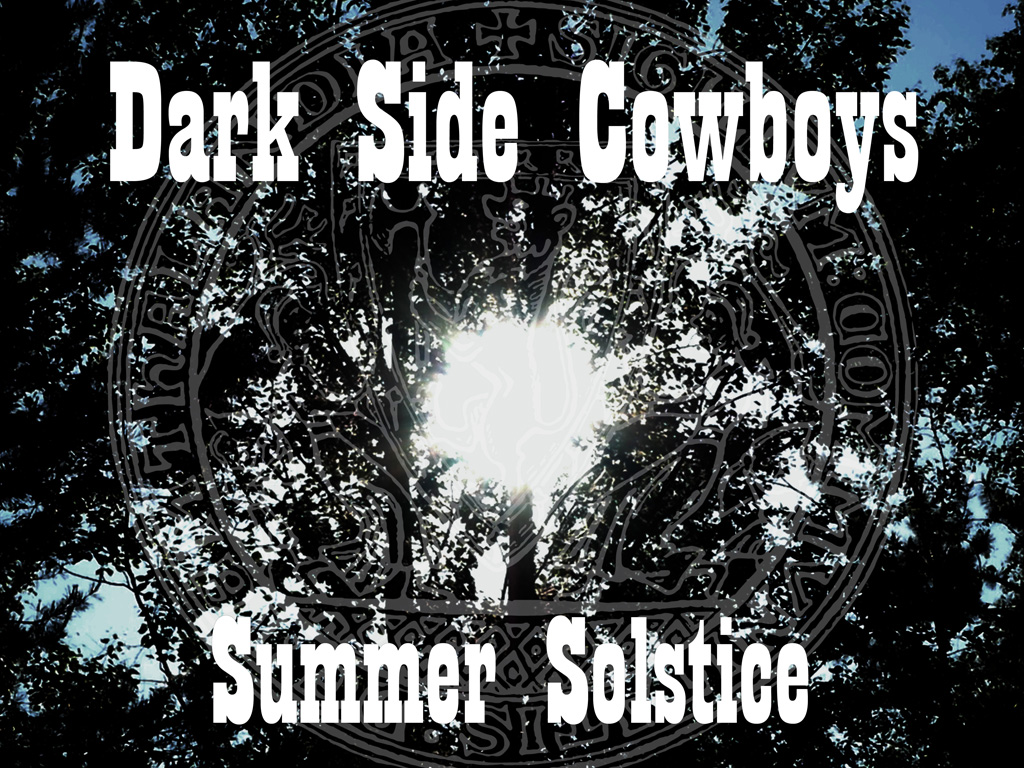 Summer Solstice 2020-06-20 @ 21.44
You did not see this one coming, right? Dark Side Cowboys deliver the first song from the forthcoming thematic release ”Solstice” as we now (UTC) pass the solstice.

The longest day of the year and one of the turning points of the solar year is a time of celebration to many, so what could be better than a brand new song, along with the announcement of a new release!

Summer Solstice is the middle piece of the coming release that will contain a total of 7 new songs and have a total length of approx. 74 minutes.

There will be more info on this in a near future but in the meantime enjoy the new song that will only be released on the official Dark Side Cowboys Youtube-channel for now. On december 15 the new live music album “Reborn” was released! The album contains 11 songs and 60 minutes of Dark Side Cowboys performing their music live at Alternativfesten, Sweden in November 2018.

Many of the songs performed are from the latest album “Return“, including all the singles released from the album (One Moment In Time, Silent War, Dust III), along with classic DSC-songs like “Bloodred Moon”, “Loving You” and “New Religion”.

This is an album that showcase the Dark Side Cowboys live in a way that you could almost experience the feeling of standing there in front of the stage. Add to that the series of live videos from the very same concert, released on the official DSC Youtube-channel.

Have a listen folks:

A new live music video has just been released on the Dark Side Cowboys official Youtube-channel. It is the first in a series of live songs that will be released in a near future.

The song is the classic “Bloodred Moon”, as performed live at Alternativfesten in Sandviken, Sweden on November 10 earlier this year. This will also be one chapter in the closure of the 25:th anniversary for the DSC, year MMXVIII. Stay tuned.

Now the music video for the opening song from the “Return” album “Silent War” is released. It was voted forward by the fans at the Dark Side Cowboys facebook channel as the next video from DSC to be released and the riders answered the call.

Dark Side Cowboys will be playing live this autumn and first gig announced is that DSC will be one of the headlines for Alternativfesten, Sandviken in november. Keep an eye out for future gig announcements at:
https://darksidecowboys.com/live/upcominggigs/

It features 12 new songs and it is the first studio album with new songs from DSC since 2003. It is released on most major online platforms and it will also be available on CD in a limited edition digipak with a 16-page booklet. Pre-orders for the digipak is available  now through darksidecowboys.com/shop

The new album with Dark Side Cowboys, titled “Return”, is scheduled for release on April 6. The album will be released on most major online platforms (Spotify, itunes and so on) and it will also be released as a digipak in limited edition. It will be available for pre-order and more info on this will follow.

Also check out the video with some teasers from the album:

It will be released almost exactly 25 years since the band started and it will surely be a milestone in the discography of DSC. More details of the album will follow in a near future. Until then, enjoy the video above, released today, that might give you some clues…
It also features some new songs from the coming album!