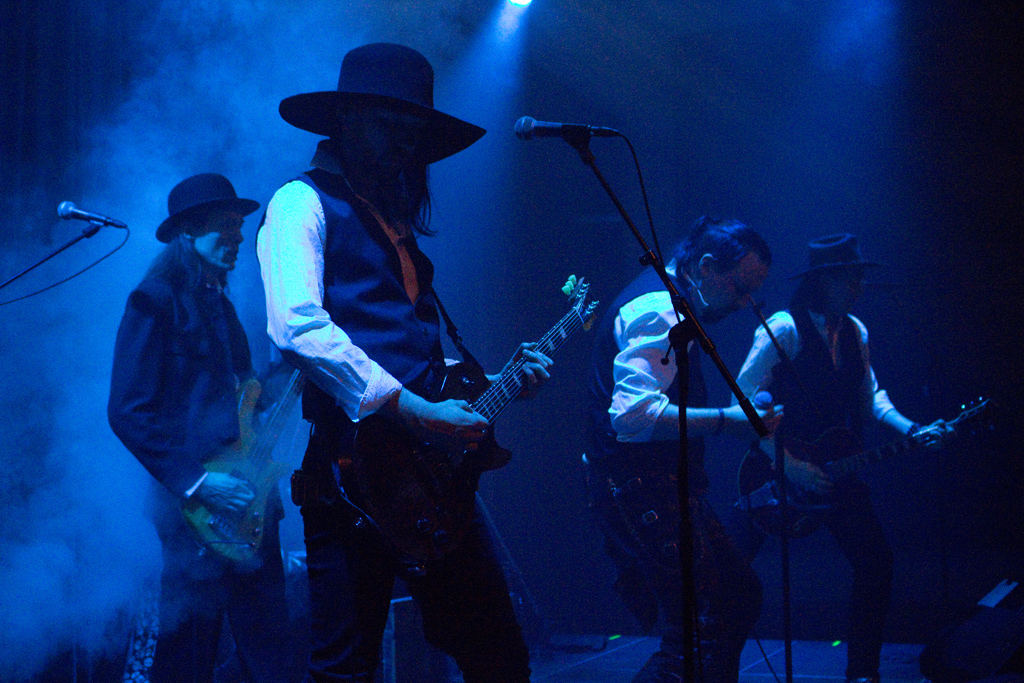 A new live music video has just been released on the Dark Side Cowboys official Youtube-channel. It is the first in a series of live songs that will be released in a near future.

The song is the classic “Bloodred Moon”, as performed live at Alternativfesten in Sandviken, Sweden on November 10 earlier this year. This will also be one chapter in the closure of the 25:th anniversary for the DSC, year MMXVIII. Stay tuned.