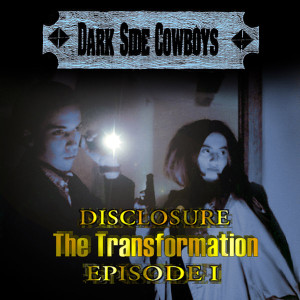 Today (November 8, 2013) Dark Side Cowboys re-released the classic studio-album “Disclosure” on Spotify. The songs have all been remastered and the cover is updated. The album is now called “Disclosure Episode 1, The Transformation”  as it was originally ment to be, but it was shortened to “Disclosure” when originally released in 1997 on Moriensis/Nangijala.

We send our thanx to J-Axel Industrial Art & Interiör Unltd and Nangijala Records for the re-release and to OlkK for the remastering.