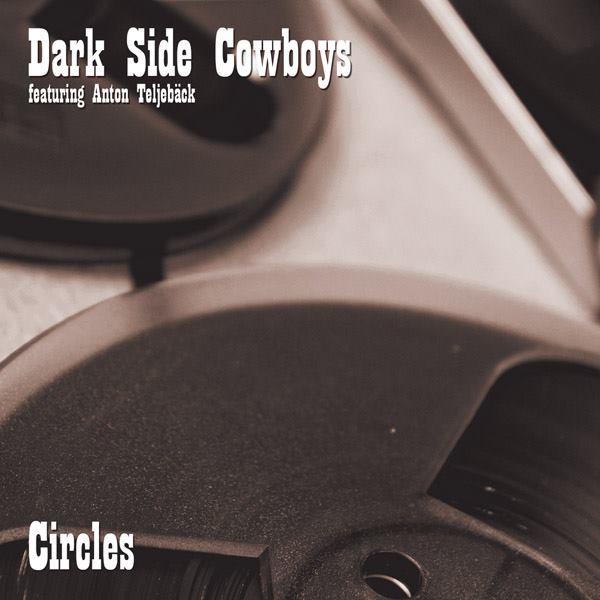 August 1 2014 is the official release-date for the brand new and probably unexpected online single release, entitled “Circles”, by Dark Side Cowboys. “Circles” was originally released as an upbeat danceable track on the “Revival” album in 2003 but this time the Cowboys have taken a total turn transforming this dancefloor tune into an atmosperhic piano meets violin ballad.

Guest starring on this release is the folk-music multitalent Anton Teljebäck (also the coordinator of the Umefolk festival) who has given the track a touch of the northern folk-soul with beautiful lead violin and a whole bunch of backing orchestration that together with the melodical piano from VigilAnte and the acoustic bass of Atreyo form the soundscape that really brings the Cowboys back to the roots.

As “side 2” you find a Live recording of the same track, from open air concert in Storuman in June, during Inlandsbanefestivalen. It was during this tour that the new version of “Circles” formed, inspired by the landscapes and that special -youmustexperienceittobelieveit – northern atmosphere.

This is the first (and maybe only) single from the forthcoming release “Chronicles III”.