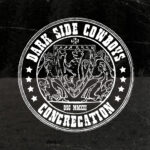 Congregation is the name of the live concert performed by DSC at CB ranch. The concert was streamed on Youtube October 15:th 2021. This exclusive Blu-ray release features the full concert with additional intro and outro as well as extra material and bonus scenes!

The concert features a total of 18 songs and an almost 2 hour runtime! Several of the songs had never before been performed live and among them are 2 brand new songs.